In Nepal live more than 200 ethnical groups and minorities with own habits, language, partly even writing. In September 2015 the first constitution was signed after many years guidance by interim laws. This was not appreciated by everybody, not to the least not by the big neighbor India: a weak Nepal is more easy to influence.

As soon the constitution was signed riots started by India-related minorities in the South of Nepal who prevented - with silent support by India - any provision of fuel and gas. The only alternative route from China passing through the Himalaya was almost destroyed by the earthquake earlier this year, so the black market has high tide. Recently (Nov 2015) people had to wait for literally 48 hours through day and night to get only 3l of gas at horrendous expense.

In consequence all industries slow down, traffic is almost blocked, cars and motorbikes get stranded; busses which are overcrowded already at regular times now carry crowds in the bus, on top and even some hanging outside (see pictures below), people suffer a lot oi their huts as the winter winds starts to blow. The photos below were shot direct in front of the school: empty bikes, overloaded busses, queues waiting for a little gas. 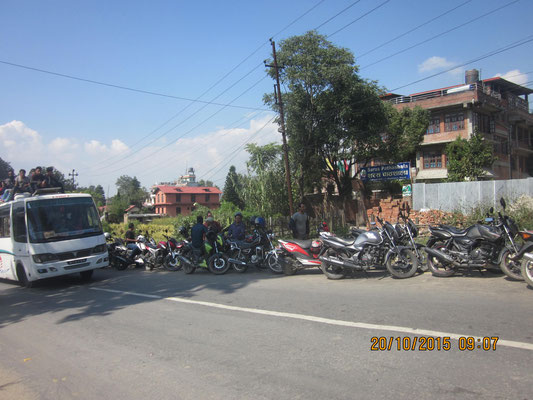 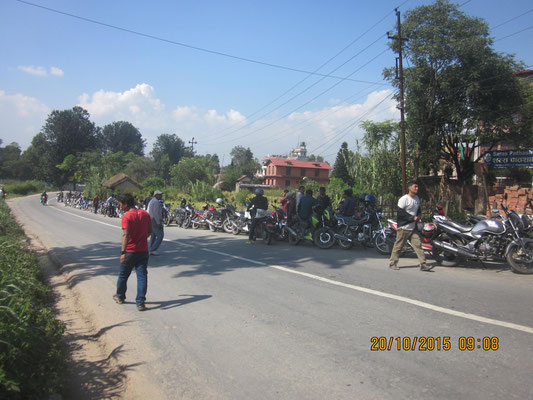 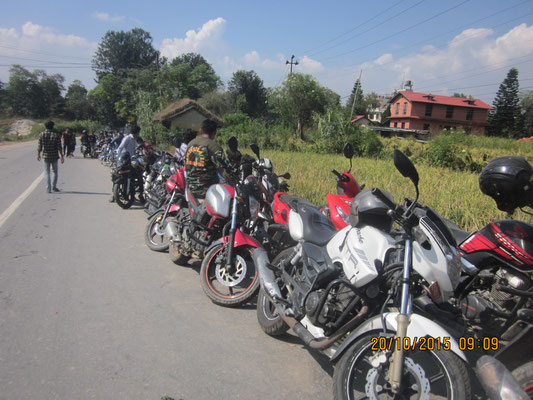 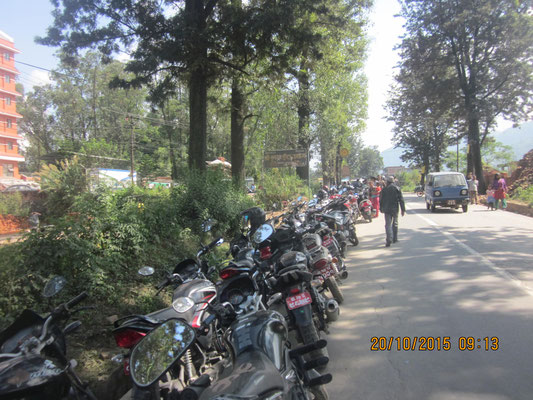 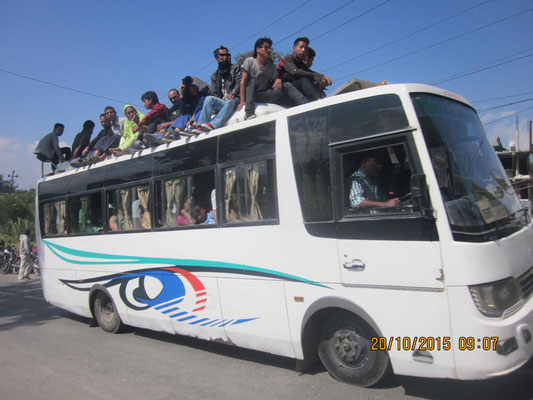 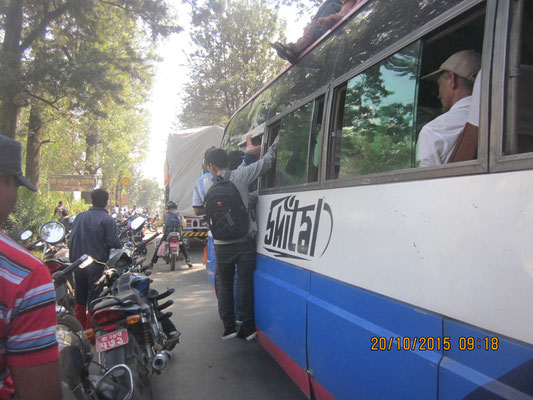 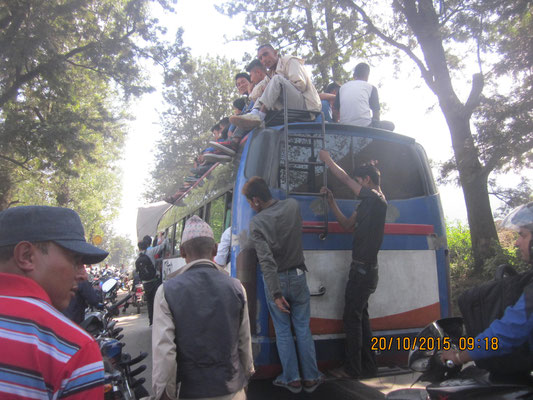 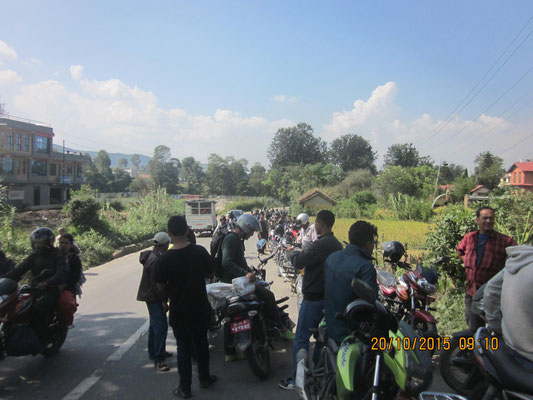 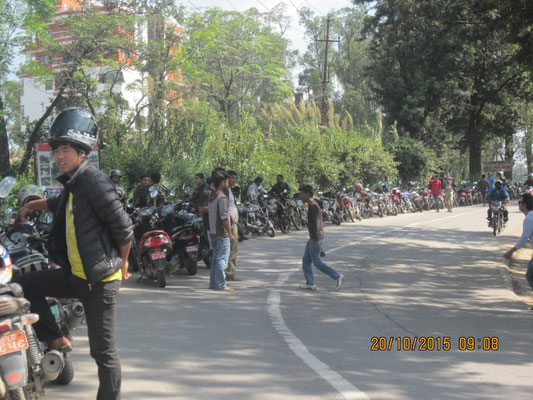 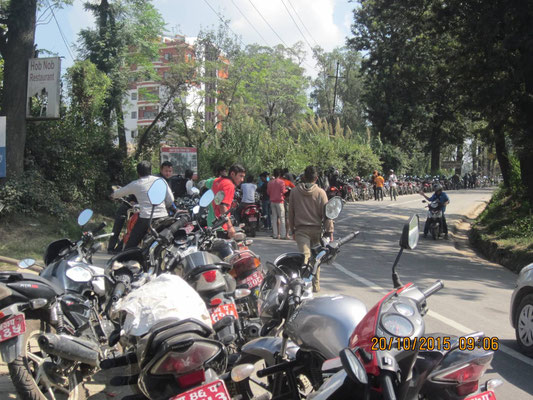